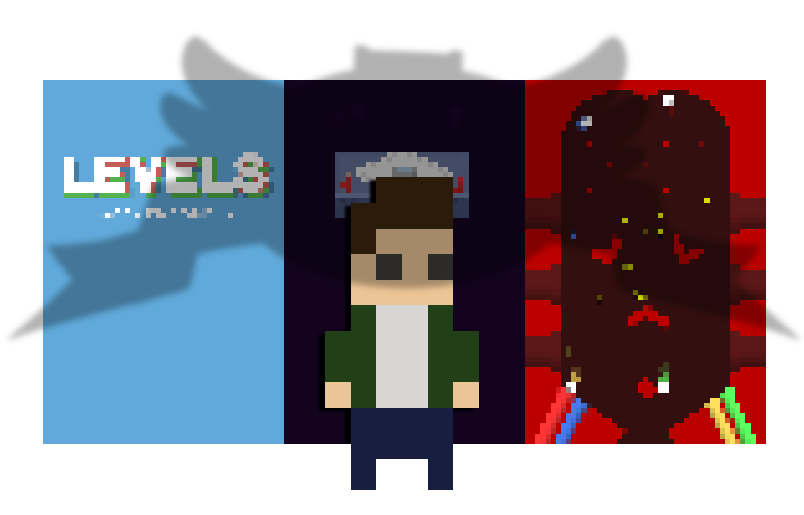 If there’s one thing I learned from the year 1982, it’s that 5 weeks is not long enough for one person to make a game. In Atari BASIC. With a small budget. And the future of your company, or indeed the industry at large, riding on its success.

Turns out I’ve learned nothing from 1982, because I have 5 weeks left to finish demos for at least two games, maybe a third, on a budget of 0 dollars and 43 cents. That’s right, finals are over, my room is clean(ish) and I’ve already got a sunburn so it’s time to completely redesign LEVELS from the ground-up and go start-to-finish on a demo for another, far more ambitious game. But first things first, let’s talk about Birdball.

Wow with that kind of titling you’d almost think this is a regular thing. Then again, you should know better by now.

What do you get when you stick me in a room for 24 hours and I really, really don’t want to work on the game I’m supposed to be working on? Why, a hectic four-player game about killing birds with balls, of course!

Birdball is a one-button, local four-player competitive game. That’s right, one whole button! You may not believe your eyes, but you’ll believe your keyboard when exactly one button makes your ball bounce and nothing else! Players have to move around the map using clever positioning and creative bird-murdering (or “burdering”, if you will). As birds are murdered, they fall into the pit below. If you’re not careful, you’ll succumb to the pit as well (and lose :c ). The player who burders the most birdies within one minute is the winner!

In my last game jam, I was able to kick out a pretty solid (read: playable) demo for Birdball. Whether or not I’ll turn it into a finished product is yet to be seen (I really need to work on LEVELS, you guys) but so far playtests have been promising. By that, I of course mean a few sleep-deprived devs found some enjoyment in it at 3 AM. I’m really enjoying these smaller-scale projects; they let me realize ideas and gain new skills quickly. For contrast, working on LightFight last year felt much less productive. Each small task I completed was only a tiny part of a monolithic whole, and the longer I worked the less likely it felt I would finish it. I want to revisit it eventually, but I’m happy to leave it tabled while I continue working on these smaller games. Speaking of, here are my plans for LEVELS.

My Plans for LEVELS

Wow, someone call me Dean Kamen, because I’m making some serious segues.

With the feedback I got from PACISE, I’ve decided to make the movement in LEVELS discrete, rather than continuous. Think of it as moving in steps instead of sliding. This will make the maps easier to control as you move.

This, of course, means I’ll likely have to recode the maps to snap to a grid instead of drawing them in Photoshop. This is fine by me, since I wanted to have something I can draw and edit on-the-fly anyway, which means I have an excuse (or requirement, depending on your perspective) to make the level editor I had thought about doing in the first place.

Gameplay-wise, I hope to get to a point where the player is manipulating three or four mazes instead of just the two. Changing the way controls work should make this not too complicated. I hope. It’s tough to go into details before I actually try and code them, but expect more updates as the weeks go on (or, you know, don’t. I think we’ve all learned my updates are pretty sporadic at the moment).

Well, that’s pretty much all for now. Remember you can stalk me on twitter @eschoenberger if you want (moderately) more frequent updates or you just really need a friend.

P.S. You should check out this wikipedia article and also this one if my first paragraph made absolutely no sense to you.

Posts from the Past